Chat with us, powered by LiveChat Skip to the content 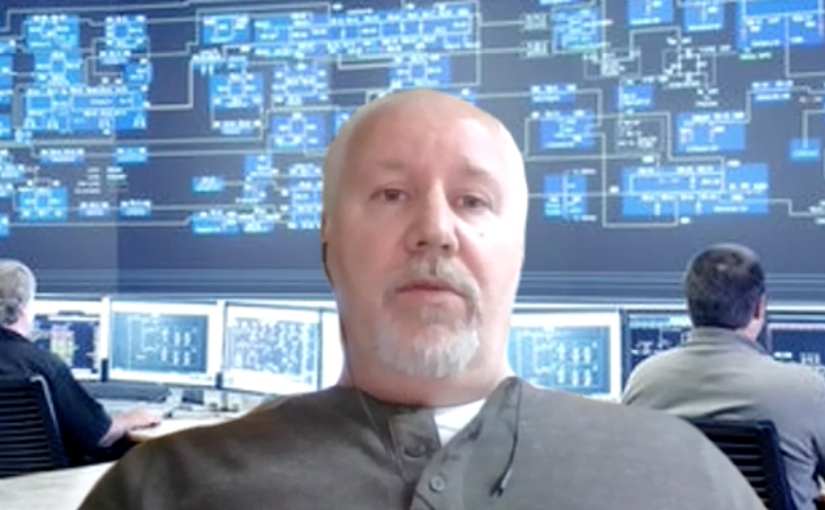 Jason talking to us about the value of Scope’s deliverable-based benchmark data to Oliver.

TS: ‘Hi Jason. Please would you like to tell us a little of what Oliver do, and the markets you work in?’

JB ‘Oliver is the pioneer in in-housing agencies. It’s a global company about 16 years old . We have presence in 30 markets – and over 2000 employees, and we are privately owned. I’m the COO for global markets and I’ve been with them for over a year’.

TS: ‘We are keen to understand your challenge today, and what has led you to our Scope product?’

JB ‘We have been trying to understand pricing and benchmarking to the industry. We know we are good value for money and that our prices are low relative to our competitors, but we need that in real data and of course some analysis to confirm this’.

“It allowed us to have a negotiation based on solid data as opposed to you say he says, kind of stuff.”

JB: ‘It was extremely valuable. On a scale of 1-10 it would certainly be a 9-10. The fact that we can talk about real data, a large data set. Collected by a reputable source and show that data to our client. It allowed us to have a negotiation based on solid data as opposed to you say he says, kind of stuff.’

TS: ‘Your large global FMCG client: had they heard of the Scope Solution?’

JB: ‘ They had. Although, as in any negotiation they played coy with us a little bit and they had a view, they were aware of its credibility and that it was a good basis for discussion.’

TS: ‘Who on your team was involved? … and you mentioned asset based pricing – how did the Scope tool help you in that negotiation?’

JB: We had a team on our side. Product and project managers and our commercial team. They worked with you, and your consultants at Scope to match it up and do the necessary analysis of where, we were under and over in hours, rates and roles.  It was very collaborative. Ultimately it was digested and presented to the global account lead and they then presented it to the client.’

TS: ‘If you were to talk about the negotiation – specifically – how did that go?”

JB: ‘The work done with Scope helped to accelerate the conversation and everyone to work off a set of data that everyone trusted. And to make the points that we needed to make, that we were delivering the value for the price’.  ‘What we claimed was true and it helped to bring that phase of the negotiation to a resolution very quickly which allowed us to move into a, ‘So what do we do about that?’, going forward. It established a very good baseline for discussions on the future rates, what they look like.

“…it really helped us align with the client, on what should be paid to us on the work.”

TS: You can’t I’m sure put that into specific pennies and pounds but can you put that into a flavour of what that meant for you and the revenue opportunity for your global FMCG Client.

JB: ‘It’s not just the revenue opportunity obviously – what it helped was to establish the fact that we were being very efficient and in fact more efficient than the industry standard – and with our methodologies and strategies and that we were pricing it the way we had promised all along and be cheaper than the industry norms. It did result in improvement in the number of hours that we could bill to the assets and it did result in the increase of rates for some key roles that were just very under market value – all rolled up. I’m not quite sure what the number is, but it really helped us align with the client, on what should be paid to us on the work.

TS: ‘If you were to say something to one of your industry peers about Scope and the value that it would give to them, what would that one sentence be?’.

JB: ‘The data that you have is SUPER valuable and using that data in various different ways. Whether it’s through you, your tool, or from a consulting perspective. That data is super powerful and definitely people should seek you guys out for that’. ‘In fact I’m seeking you out for more data and analysis!’ [Jason laughs].

TS: Question: ‘There is a trust issue? Does being transparent improve that trust relationship with clients?’

JB: ‘Absolutely. I think companies should be competing with each other based on their ability to be efficient, their ability to get top talent, at a good rate. Whether it be local or distributed in other parts of the world, and that is where the companies should be competing. Methodologies, ways of working, technology and I think what Scope data allows us to do is show this and that we can be better than the competition in that endeavour.

JB: ‘I think it will always be both. I think there are somethings that can be asset-tised if that is a word, quite easily and it is easier to buy, price, complete, and deliver when it is in that domain. There is certainly value in asset based pricing for large parts of this industry.

TS: ‘Based on your large industry clients and brands that you work with, what do you think is the percentage of those that you have asset based pricing with now?’

“It’s probably 15% of the clients, use asset based pricing today.”

JB: ‘It’s probably 15% of the clients, use asset based pricing today. There is more and more interest in it. The clients that we do have, that are using that model are large, so from a revenue perspective it’s a large, large chunk of the total revenue that are asset based. But from the number of clients its smaller.

[The Oliver Agency engaged The Virtu Group in using  our proprietary deliverable-based scope data. This included benchmarking and pitch negation on creative for on one of their global FMCG clients. ]

The Top three reasons I moved from agency life to a tech SaaS platform. And why you should consider it now too.

“…I bring a unique skill set, a different perspective, industry experience, passion and the belief

Driving value through partnerships in a time of COVID-19

“As in the domestic sphere, in business we have a collective synergy to solve problems in unique ways.” I watched a video recently that struck a chord.

Rolling out a new system in your agency? Make it a shared implementation.

At Scope we trust in a shared implementation methodology. This is why. Having worked for a few tech businesses, the first back in 2005 and more recently, fast forward 15 years, to working at Scope

Scope is 4 years in the making. It’s based on the number one premise that Excel and Word are not tools to manage global scope of work. That there is a better way. Armed with the want of a better way and driving a better more joined up process between advertisers and agencies- Scope was born.